Tracing roots: Local history buff is tracking down her Tejano roots while helping others do the same

From cemeteries to census records, 61-year-old Maria Solis is tracking down her Tejano ancestors using DNA testing, census records, and history books, while helping others do the same.

At an early age Solis started visiting graveyards for historical information. “I used to walk through cemeteries and read people’s names to see who was buried there,” she said. “… I was interested in how people grouped families together…”

Her interest in history stems from junior high when she started to question gaps in school curricula and textbooks. She wondered, “Why do I have to assimilate? Why can’t I study my own history… and be proud of that?”

Born in Mexico and raised in Brownsville, Texas, Solis moved to Austin 40 years ago and has lived here ever since. Since 2017, she has been the President of the Tejano Genealogical Society of Austin (TGSA). The group meets at the Emma S. Barriento Mexican American Cultural Center (MACC) where members conduct research to trace their lineages.

Once they learn who their ancestors were, members of TGSA are able to use the information as a source of cultural pride. At the MACC they are surrounded with familiar heritage and they can keep in touch with Austin’s Latinx community. “I just want people to be aware of where they came from, what their history is and be proud of it,” Solis explained. “We’re a very diverse city and I just want us all to acknowledge that.”

Solis joined TGSA in late 2011 after she was recruited to help organize activities for the unveiling of Austin’s Tejano monument. The memorial statue sits on the south lawn of the Texas Capitol, commemorating Hispanic contributions to Texas throughout history. Solis’ work led to her position at TGSA and the organization continues to promote awareness of the monument nearly a decade later.

Many TGSA members are greying, since it’s common for people to become interested in preserving their family stories later in life. In Solis’ case, she didn’t join TGSA to explore her family’s lineage, although she remembers having an untapped interest in genealogy from childhood. She used to ask her mother and grandmother about their family history, but she never got the answers she was looking for. “Sometimes older family members don’t want to talk about the past because it could be painful or they could have things to hide,” she said.

Since she joined TGSA, Solis has been able to fulfill her lifelong curiosity about her family’s past and its implications. “I did not think that I was interested in genealogy until after I joined TGSA,” she said, “[but] it was an easy fit.”

Her research has led to dozens of discoveries about her family that she may have otherwise never known.

Even though her grandmother passed away before Solis had the chance to relay the information that she learned, the discovery sparked excitement for Solis, allowing her to dig generations past her grandmother.

Eventually she learned that her grandmother’s name, Candelaria, had been recycled from an older sibling who passed away shortly after birth. The name was passed on as Solis’ middle name and she gave it to her daughter, too.

After her daughter was born, Solis started to think about how to answer the questions that her family never could. “She’s bicultural. So I just started thinking about what I could do to promote that within her,” she said. They both have taken DNA tests and the results have shown “how different we are, but also how alike we are.”

Today, Solis is learning about Austin’s first Mexican settlers, but she will continue her own genealogical research as well. “When you learn about your history it makes you feel proud of who you are,” she said. “You realize that you are this nation, you’re part of this nation and your family made this nation what it is.” 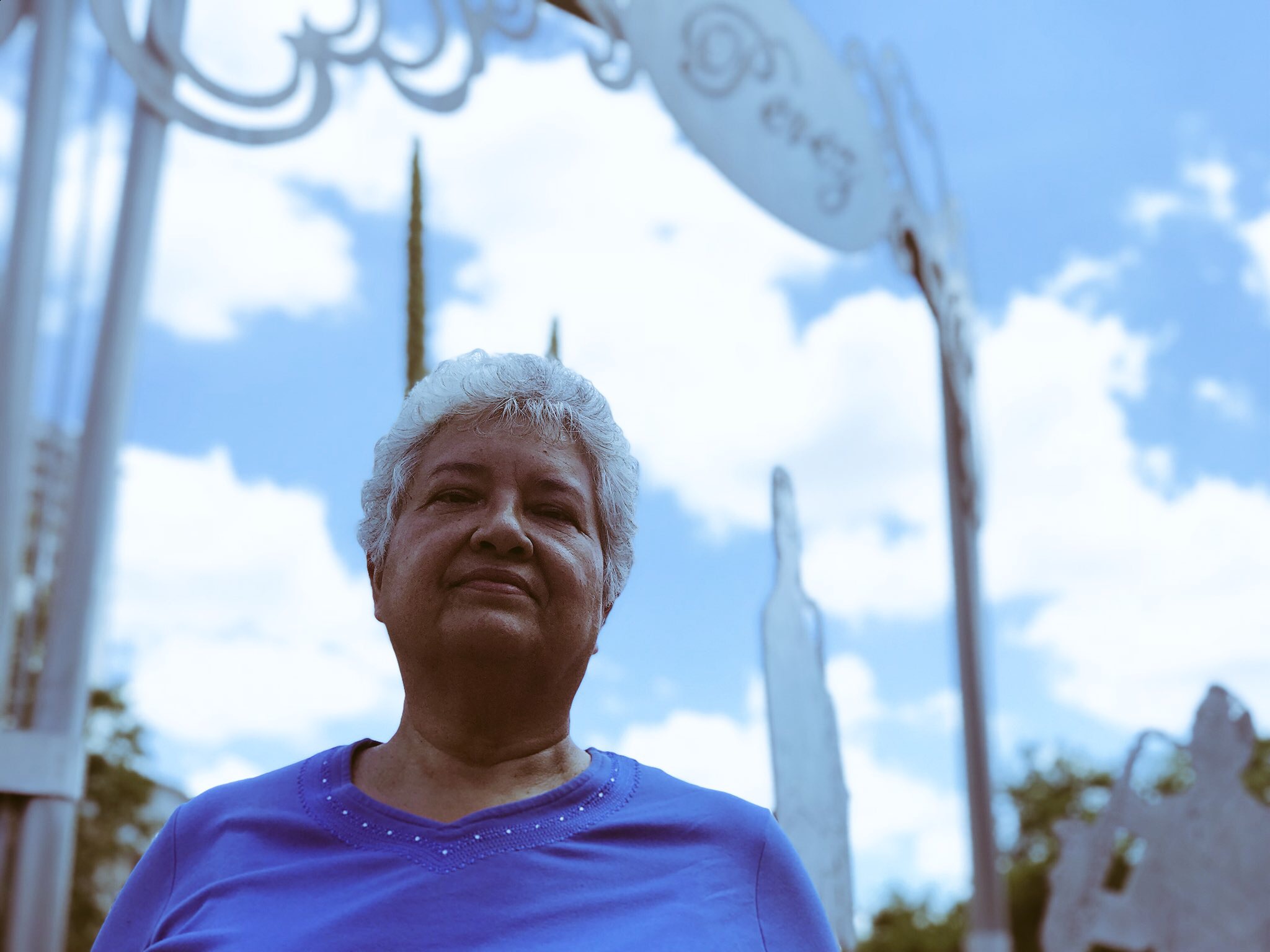 Solis stands in front of an art installation which commemorates fathers of the Austin Tejano music scene.

Austin’s Mexican American Cultural Center opened in 2005 to serve as a beacon of education, cultural arts and heritage for Latin communities. 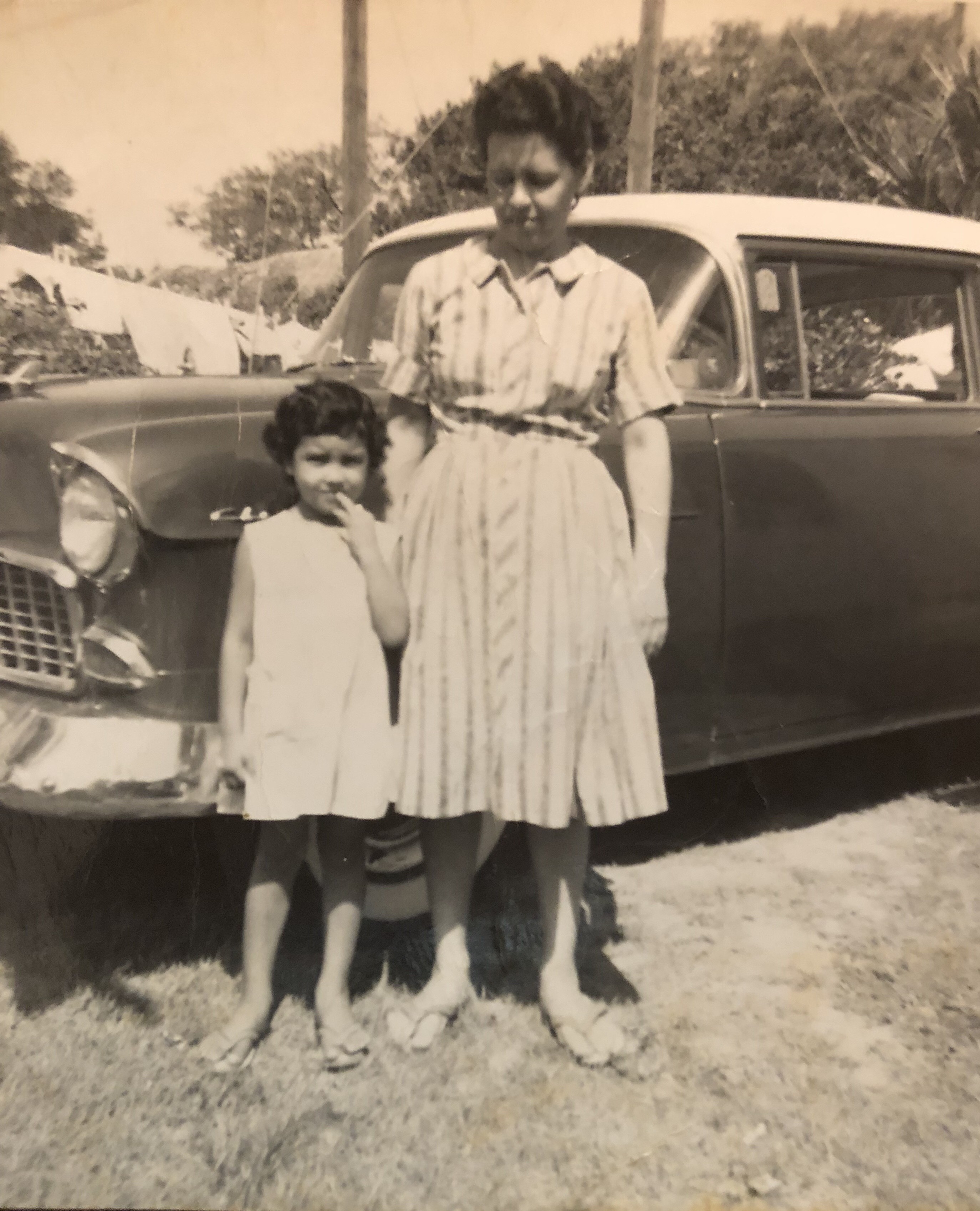 In this picture from 1962, 5-year-old Solis stands in front of a car with her mom.