Austin’s young musicians often rely on analog gear years older than themselves to amplify their sound on stage. When this vintage gear needs tube replacements or a tune-up, some musicians turn to veteran audio engineer Jack Donahue.

Donahue, 65, relocated to Austin after a long career in Boston, providing sound and electronics support for bands including Aerosmith, KISS and the Rolling Stones. He owns the South Austin repair shop Audiotech Austin, specializing in the repair of vintage analog gear.

“If anyone around town is really into tube amplifiers, they probably know about him,” Burke said.

Burke ended up interning in Donahue’s repair shop and now calls himself his “substitute grandson.” Donahue’s shop serves as a training ground for young musicians interested in learning about electronic repair.

“I’m one of the few people left that studied vacuum tubes in a classroom setting,” Donahue said. “I may be a dinosaur, but I know my stuff.”

“It’s not just me,” Burke said. “He has around 100 younger people who he has had as interns or taught in some way. A lot of people working in music around town have some of his knowledge.”

His former interns include Graham Low, bassist for local punk act A Giant Dog, according to an interview with the band.

AudioTech Austin’s Yelp page has the rare distinction of earning a perfect score with nothing but five star reviews from his customers, many of whom were helped out in a pinch before a concert or while on tour.

Courtis Roush, a member of established local act the Bright Light Social Hour, says he got help from Donahue during South by Southwest in 2016.

“On a whim, I stopped into a brand new shop. I met Jack Donahue and became one of his first customers,” he said on Facebook. “We’ve been taking our old Fender and Ampeg amps to him for repair ever since. He’s an electronics wizard, a wonderful dude, and has the best Boston accent in the 78704.”

His business is one of the last holdouts in “Slackerville,” a community of business and residential dwellings on South 1st Street established in the 1990s.

“He probably breaks even, but he’s not trying to make money,” Burke said. “He just really loves helping musicians and loves sound.”

Donahue’s latest project is a handmade tube amplifier, meant to supply the modern living room with a honey-toned, 1960s-quality sound.

“The idea was to build an amplifier that I could listen to a benchmark song, like Led Zepplin’s ‘Stairway to Heaven,’ or Pink Floyd’s ‘Dark Side of the Moon,’ and hear things that I had never heard before,” Donahue said.

Donahue and Burke built an entire “listening room” in the back of his shop to show off his custom tube amplifier’s capabilities. Two speakers are built into the corners of the room, pointing diagonally at ear-level to anyone sitting on the centered velvet sofa.

“I am so against that corporate mentality,” Donahue said. “I would rather sell two of these [amplifiers] a year and have the satisfaction that I put out a good product. Something that is going to still be here after I’m not.” 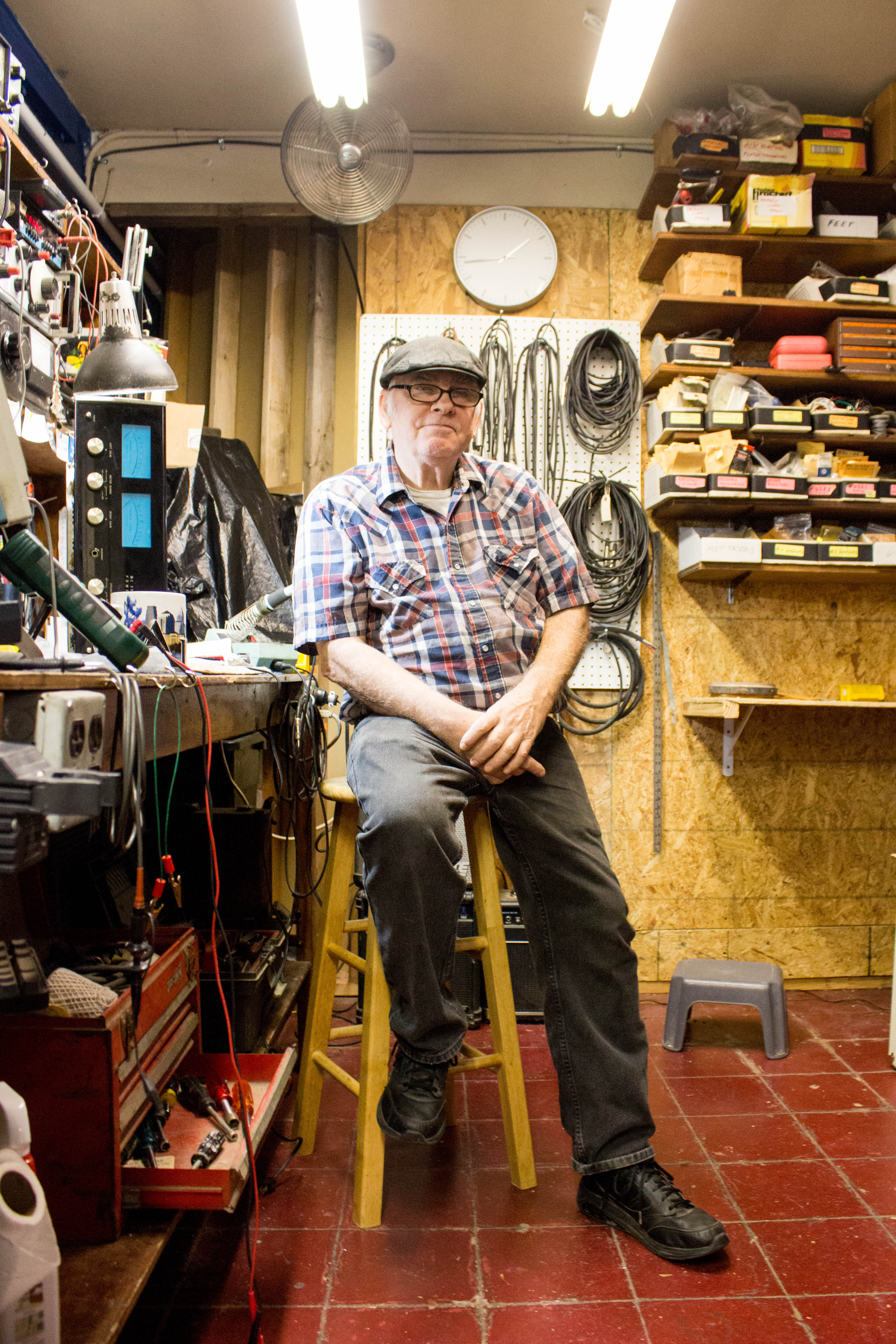 Jack Donahue sitting inside his audio repair shop, one of the last businesses operating out of the “Slackerville” shopping center on South First Street. Photo by Rachel Rascoe 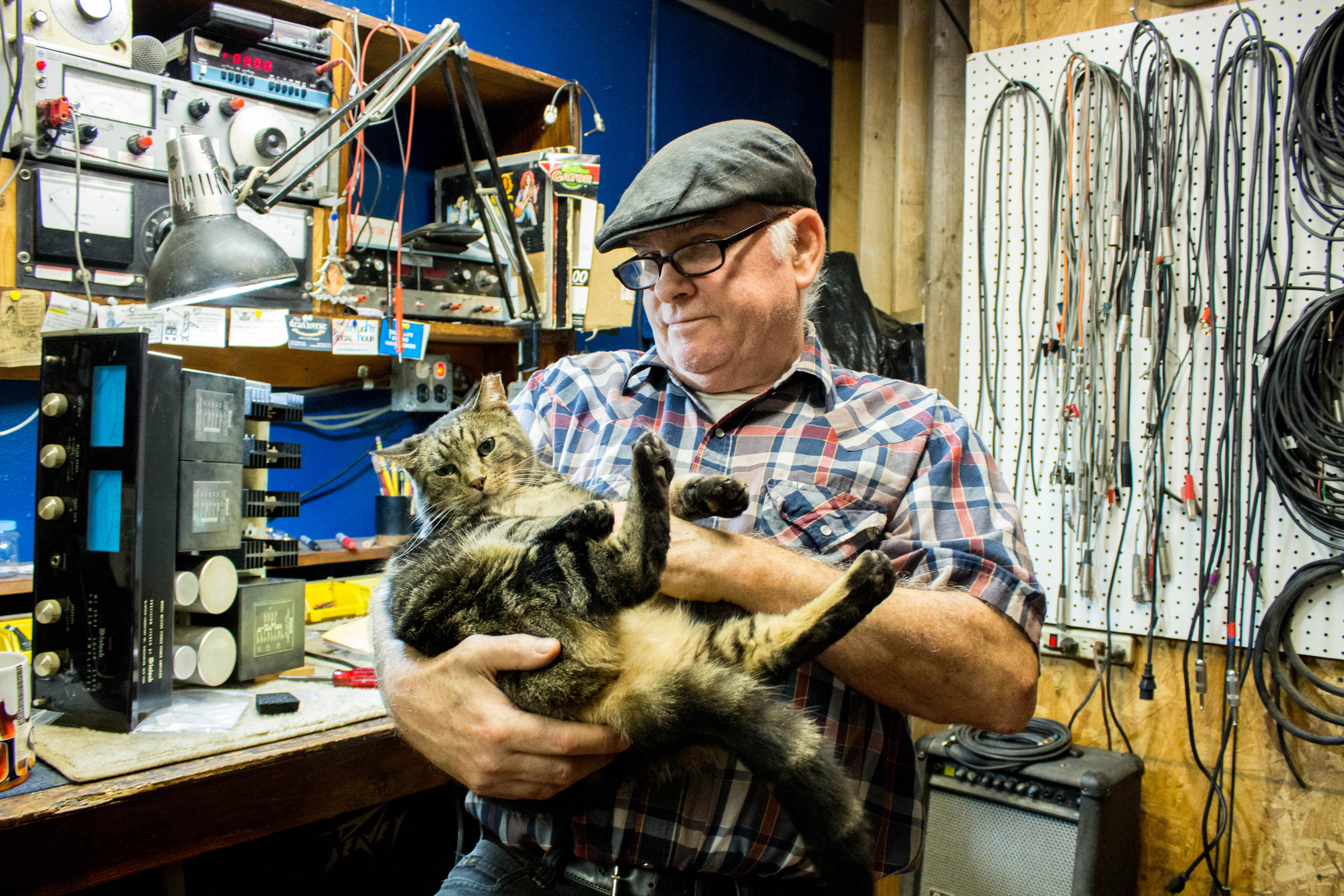 Veteran audio engineer Jack Donahue holds one of his cats, Pat, next to a workbench. (Rachel Rascoe) 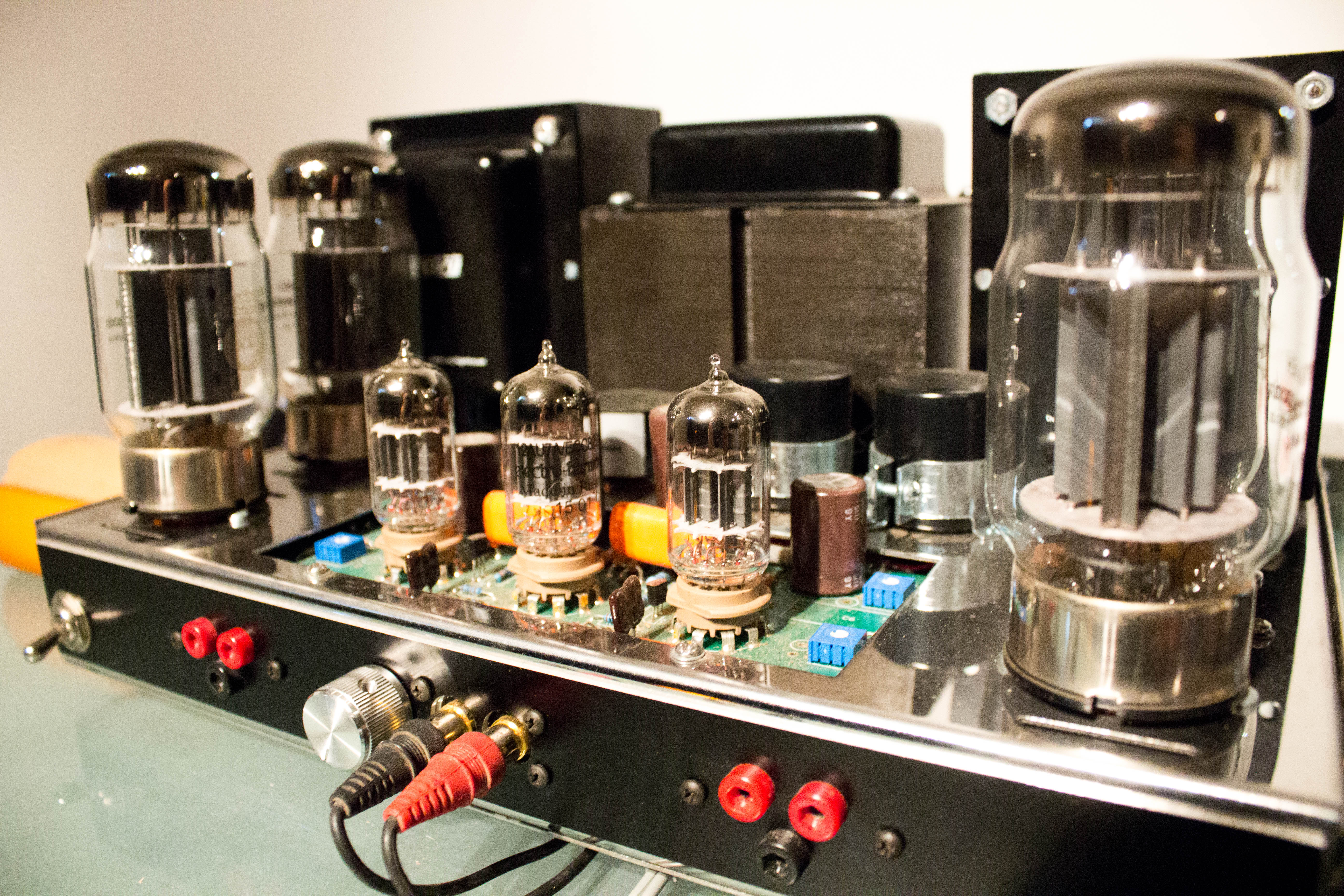 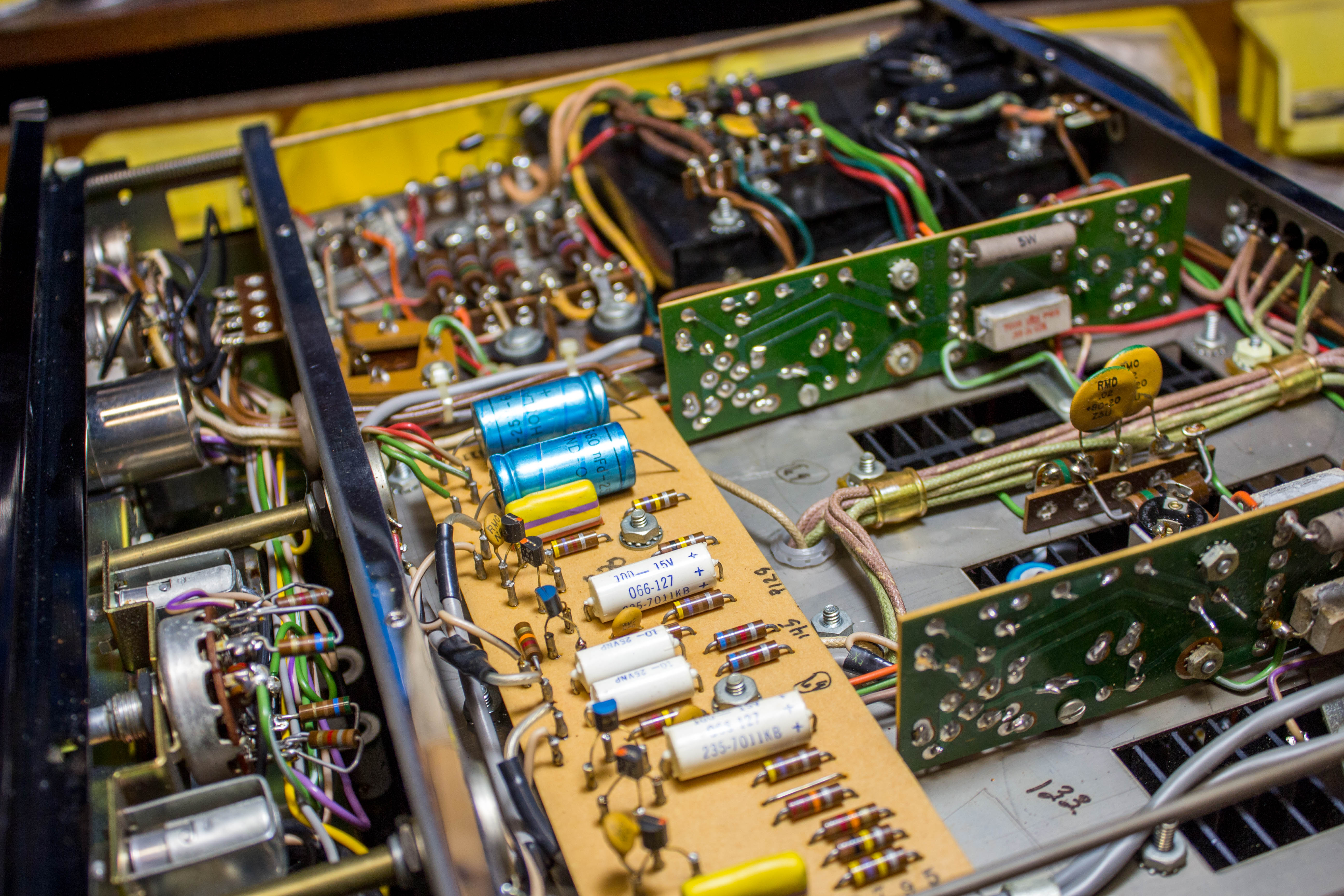 The internal components of an amplifier on Jack Donahue’s workbench. Photo by Rachel Rascoe