In a town known for having the largest bat colony in North America, one retiree is devoting her time and talents to rehabilitating orphaned and injured bats of Austin.

Dianne Odegard, 66, has been working with Central Texas bats for more than a decade. Last summer, she chose to retire from Bat Conservation International to dedicate more time to Austin Bat Refuge, the nonprofit organization she co-founded with her husband, Lee Mackenzie, 65.

“I never really imagined that I would literally retire from anything,” Odegard said. “I can’t imagine not working with animals and using everything that I’ve learned… to make the lives of these amazing animals better.”

Back when running Austin Bat Refuge was a side gig, Odegard and Mackenzie used metal piping and simple netting — materials anyone could pick up at the local hardware store — to construct an outdoor flight cage in a suburban backyard in East Austin. The flight cage is about as big as a typical greenhouse, and you have to look closely to spot the bats hanging from the netted ceiling.

“It’s kind of like an easter egg hunt. Sometimes they’re hanging from the ceiling, little orange balls of fur and they’re hanging under foliage which is actually on the outside and the inside of the cage,” Odegard said.

Odegard has been a wildlife rehabilitator since 1990. Prior to caring for bats she worked with other mammals such as racoons, squirrels and possums.

“It’s hard to say exactly where it all started. I’ve always liked them, I’ve always liked bats and part of it I think is because they’re sort of the underdog of the mammal world,” Odegard said. “People are afraid of them. People think that they’re dangerous and I like to tell people that they’re not. I think they need a lot of support, bats do.”

For Odegard, support means waking up each morning and attending to the furry creatures by hand-feeding them formula and mealworms inside. Rapid development in Austin means bat habitats are disappearing, sometimes violently. That means more injured bats are being brought in to the Austin Bat Refuge. After she’s nursed them back to health, the bats are taken into the flight cage. The cage also has a garden that attracts moths and other insects so that the bats may learn to capture their own meals while flying in preparation for their release to their natural habitats.

Mackenzie keeps up with doppler radar of bat emergences daily as a way of checking the health of the bats in Central Texas. Though he has a full-time job as a residential remodeling contractor, he has been working with wildlife for two decades and believes that working with the bats in the sanctuary has allowed them to bond with the wild animals in a unique way.

“They consider us family too until that time when they become fully adults and realize that ‘hey you’re not a bat and I’m not a human it’s time for me to go,’” Mackenzie said. “So, when that time comes they’re free to go and they let us know that they’re ready but up until that time they’re family to us.”

More than one million Mexican free-tailed bats live just a few blocks from the Texas Capitol, beneath the Congress Avenue Bridge. Though the swarm of bats is now a popular attraction, Austin residents wanted to have the large colony eradicated when the bats first began to call the bridge home in the early 1980s out of misunderstanding and fear.

Aside from nursing the bats back to health, Odegard works on educating the public on the role that bats play in the environment in hopes of changing the negative stereotypes associated with them. Odegard goes to schools and fairs with educational ambassador bats, bats that are not equipped to be released back to the wild, to show people the small mammals and answer any questions they may have.

She says “it’s easy to fall in love with a little face that looks like a fox or chihuahua.”

The bats attract visitors from all over and generate about $10 million annually in tourism revenue. The city has now come to appreciate and love its resident bats. Statues, viewing areas and events are dedicated to the bats. However, the bats still face threats, such as wind energy development, white-nose syndrome (a deadly disease to bats) and loss of habitat.

And changing attitudes means that Odegard never really retired from anything and doesn’t plan to slow down any time soon. 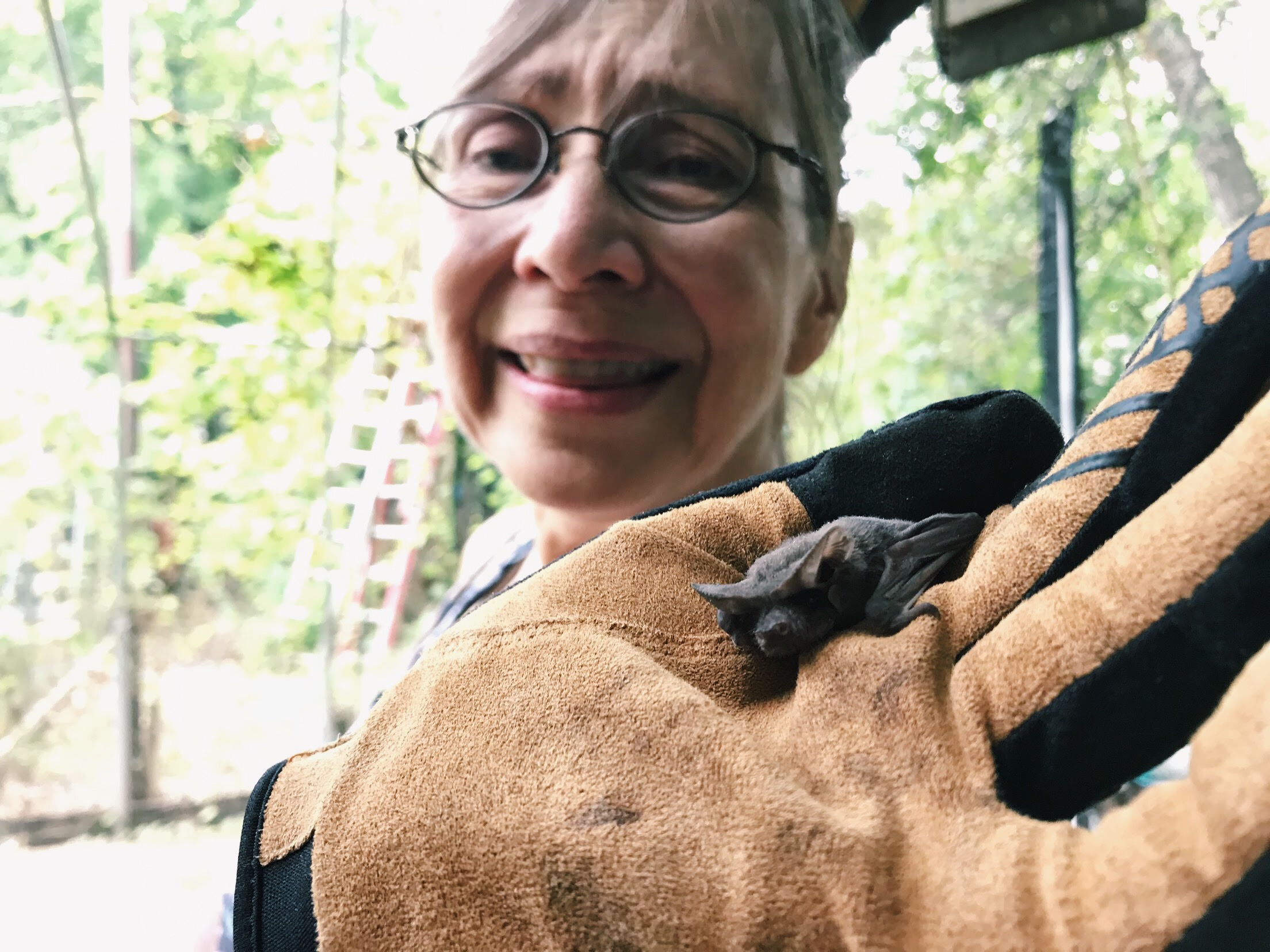 Dianne Odegard, 66, shows off a healthy northern yellow bat at the Austin Bat Refuge in Austin, Texas. Odegard has worked with injured and orphaned bats since the mid-nineties, but she recently retired from her day job to focus full time on her work at ABR. 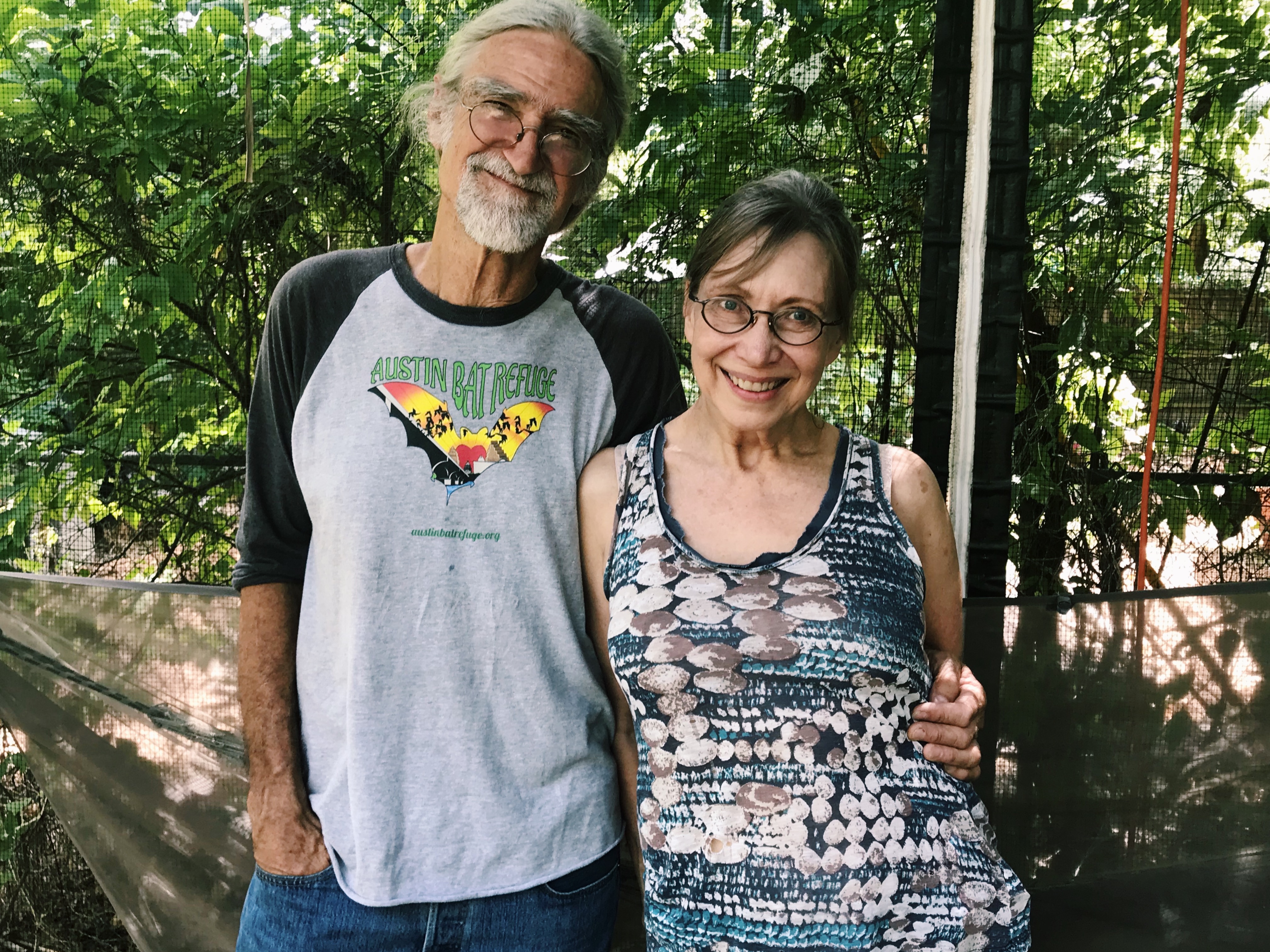 Odegard and her husband, Lee Mackenzie, 65, are co-directors of the Austin Bat Refuge. In addition to working with injured animals, Odegard takes her resident bats into the community to educate people on the role of bats in the ecosystem. 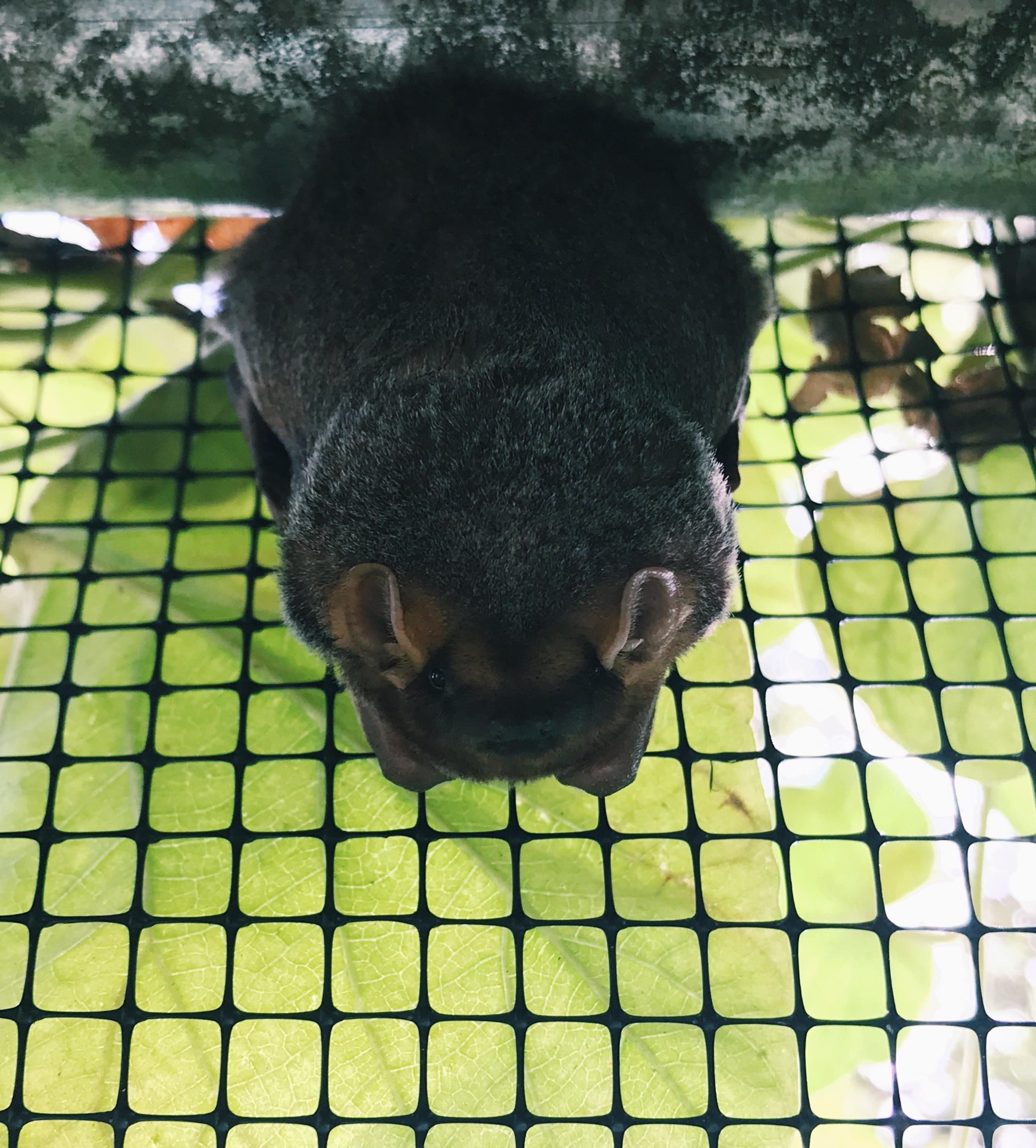